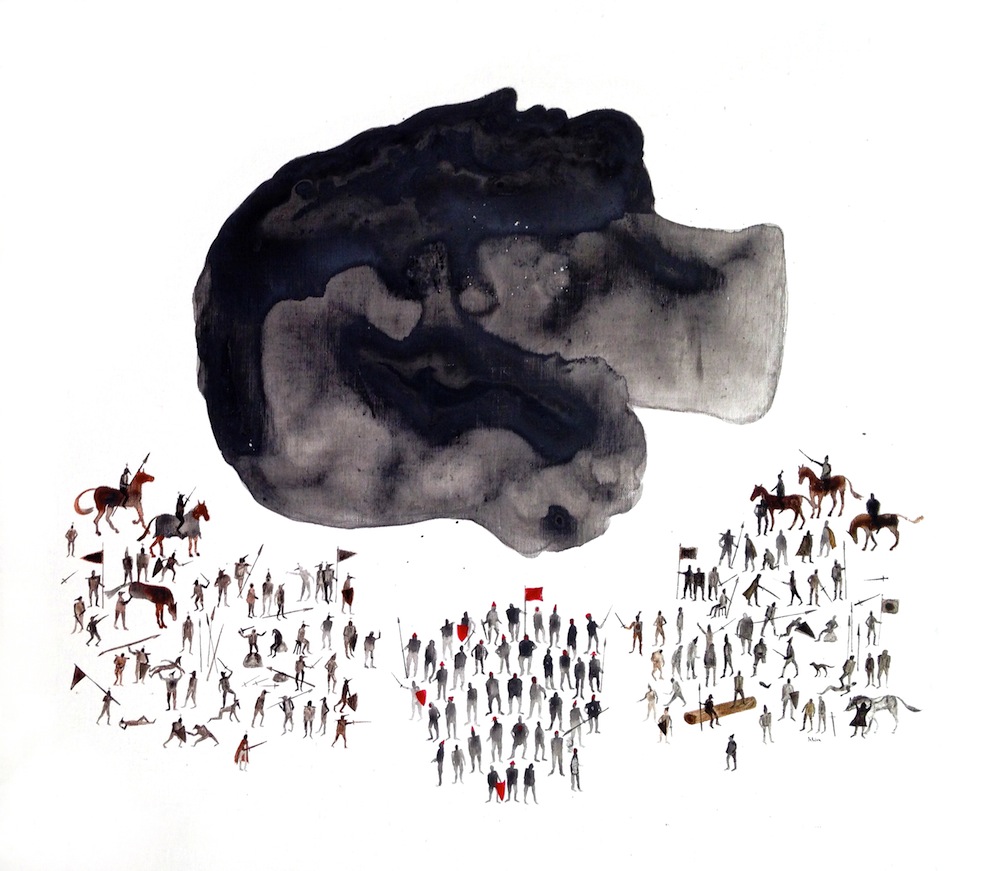 for the Biblioteca Malatestiana 550th anniversary

About 3000 people were involved in its realisation, including students, calligraphists, artists, artisans, experts.

The book tells the story of what happened to city of Cesena and what the city did for the Malatestianan Library from 1465 untill today.

Denis Riva's drawing is in the first chapter of the book and represents the opening event of the story:

The beloved Prince Malatesta died and the city felt under siege of three armies.